Throughout Earth’s oceans runs a conveyor belt of water. Its churning is powered by differences in the water’s temperature and saltiness, and weather patterns around the world are regulated by its activity.

The study, published in the journal Communications Earth & Environment was led by Jianjun Yin, an associate professor in the University of Arizona Department of Geosciences and co-authored by Ming Zhao, a physical scientist at the National Oceanic and Atmospheric Administration’s Geophysical Fluid Dynamics Laboratory…READ ON 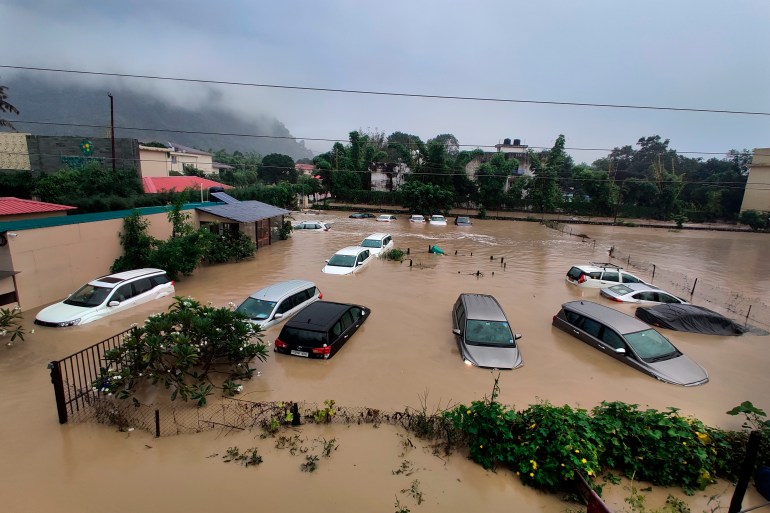 Floods, landslides kill more than 150 in India and Nepal

Flooding in Venice Is Only Getting Worse

After Venice suffered the second-worst flood in its history in November 2019, it was inundated with four more exceptional tides within six weeks, shocking Venetians and triggering fears about the worsening impact of climate change.

The repeated invasion of brackish lagoon water into St. Mark’s Basilica this summer is a quiet reminder that the threat hasn’t receded.

“I can only say that in August, a month when this never used to happen, we had tides over a meter five times. I am talking about the month of August, when we are quiet,” St. Mark’s chief caretaker, Carlo Alberto Tesserin, told The Associated Press.

Venice’s unique topography, built on log piles among canals, has made it particularly vulnerable to climate change. Rising sea levels are increasing the frequency of high tides that inundate the 1,600-year-old Italian lagoon city, which is also gradually sinking…READ ON

One thought on “Flooding in Venice Is Only Getting Worse”